Before investing in ApeCoin, it’s important to know what the coin is and how it works. Even though ApeCoin is relatively new in the crypto sector, the information about the project already seems very promising. As a result, many investors are already interested in it. This is in the hope of making a significant capital gain if it increases in value in the coming years.

What is the ApeCoin?

ApeCoin is an ERC-20 token designed for governance and with the aim of being useful. It is based on the Ethereum blockchain. Contrary to what many people think, no it is not Yuga Labs (the company behind the NFT Bored Ape) that founded this cryptocurrency. In fact, the design and launch of this token are the work of an autonomous and decentralized organization called ApeCoin DAO. The sole purpose of this organization is the development of this token in the coming years.

This confusion about the organization behind the creation of ApeCoin is due to the fact that this coin is the official token of the Bored Ape Yacht Club collection. It was never made clear why Yuga Labs distanced itself from the project at its inception, but it could be for the sake of market regulation.

According to CoinMarketCap, the maximum number of APE tokens is one billion. Currently, just under 300 million are in circulation. This gives ApeCoin a market capitalization of about $6 billion based on its current value. As a result, ApeCoin now ranks 35th among the largest cryptos in the world. This may seem really surprising considering that this cryptocurrency is only a little over two months old. This shows that its rise is already impressive.

Furthermore, the rise of ApeCoin’s price is impressive. With a value of €5 when it was released on March 17, it has jumped over 250% in just 48 hours. After reaching its ATH of €23, it has come back down and is hovering around its launch value, from where it is slowly taking off again. With the volatility of the price and the limited data due to the fact that this cryptocurrency is relatively new, it is difficult to predict, with complete accuracy, the evolution of the price of ApeCoin. It’s impossible to say how high the price might go if previous record highs are exceeded. Here is a brief summary of what to remember about Apecoin:

At the rate things are going, ApeCoin is poised to be one of the best altcoins for 2022 as its value continues to climb. As an added bonus, it’s getting a lot of media attention. As it is a new token, it is not easy to make reliable predictions based on technical analysis as there is not enough data yet. On the other hand, we have the possibility to make a prediction with the information gathered about the project and its next possible uses.

As highlighted above, the main possibility of using ApeCoin remains as a decentralized payment method. At the moment, there is no specific information about the projects that ApeCoin could be associated with in the next few years. Currently, there are rumors that the token may be integrated into several blockchains closely related to gaming.

For now, the only known case is the Amonica Brands project. The latter has adopted the EPA in its game Benji Bananas. This is a mobile game of the play-to-earn (P2E) type. Users can now play the game and earn profits. Even if this is the only example of the usefulness of this token, it must be recognized that it can open the way to other possibilities of use. In addition, it seems that Amonica Brands is working on another project with the idea of using ApeCoin in it.

If ApeCoin creators have the opportunity to join even more popular gaming projects in the future, then it will mean that the demand for APE will not depend on speculation alone. With this in mind, we thus estimate that the price forecast for ApeCoin is likely to reach €50 by the end of 2022.

As soon as this coin consolidates its reputation as a utility, not a speculation, it could be a runaway success in the long run. The path that ApeCoin could most likely explore is its entry into the metaverse. This is already the case with the new project called “The Otherside” from Yuga Labs which is currently in development and was recently unveiled.

The Otherside is an MMORPG (massively multiplayer online role-playing game) in which Bored Ape NFT owners have the ability to use their NFTs as avatars in a custom-built virtual world. Launched in early May, the project has had its ups and downs. The price of the ApeCoin went up to its ATH for the first time before dropping following changes made by Yuga Labs.

So concretely what future can we imagine for ApeCoin in the long term? In reality, this would give ApeCoin the opportunity to be one of the best cryptos in the metaverse as it already benefits from the notoriety of Bored Ape Yacht Club. In addition, large NFT owners will likely be attracted to these upcoming projects. As such, this would increase the demand for APE assuming it is used as a native token of the metaverse. If these events were to occur, it could dramatically increase interest in ApeCoin. As a result, our price forecast for ApeCoin in 2025 is that it could reach €135. 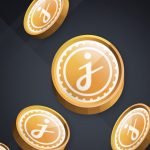 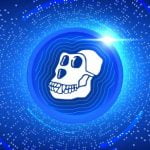 We understand the importance of approaching each work integrally and believe in the power of simple.

No products in the cart.